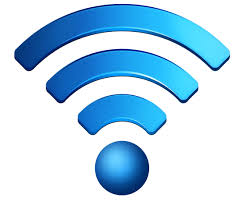 Kwazulu-Natal’s Umhlanga has become the latest area in South Africa to give its residents and visitors free Wi-Fi network (internet).

A private initiative, the Umhlanga Wi-Fi connection project was aimed at enticing more tourists and shoppers to the popular area.

Chairman of Umhlanga Tourism Peter Rose told journalists on Monday that by December this year, beachgoers would be able to log on to the internet free of charge, too. “It took us months to plan and prepare for this project. We were lucky in that Glenn Pheasant, the owner of Nurcom and one of our board members, was able to help us throughout. “He also allayed our fears about the high cost of internet connection. In the end, the benefits would exceed the cost of installing this project,” he said.

In June this year, Florida Road in Morningside, a Durban suburb known for its trendy restaurants, pubs and nightclubs, announced that it had installed free Wi-Fi in collaboration with Mweb.

Philip Sithole, eThekwini Municipality’s head of economic development and tourism, said it was good that suburbs were taking initiatives to attract visitors and tourists by making internet connection free. “It is a well-known fact that some trendy travellers are choosing Wi-Fi-connected areas when choosing destinations and hotels,” he said.

Mr Sithole added that the municipality was also looking at several options to extend internet and Wi-Fi connections throughout eThekwini. Umhlanga and Florida Road are not the only places in the country scrambling to offer free internet connections to satisfy a growing demand. Johannesburg suburb Parkhurst resorted to installing Wi-Fi to fight crime after the area experienced a spike in incidents of hijacking and armed robbery.

Residents wanted to install closed-circuit TV cameras around the neighbourhood, and then opted for a fibre-to-the-home (FTTH) service for high-definition footage, which is now offered to more than 2,100 homes in the area. The system gives resident’s access to Wi-Fi, which has added value to their properties due to the extra surveillance.

The Gauteng provincial government plans to spend R1.2bn over the next five years leasing broadband infrastructure from private companies and from other state entities.

Two years ago, Pretoria began the trend of free internet connectivity, and now places such as the city centre, local townships, schools, universities and other landmarks are connected.