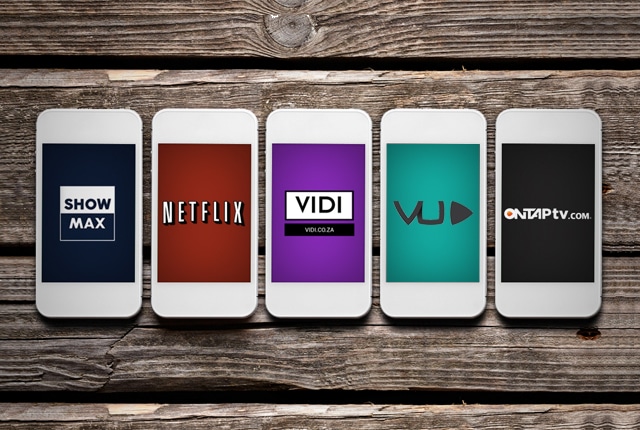 Which video streaming service should you hand over your hard-earned money to?

Netflix recently launched in South Africa as part of the service’s expansion to 130 new countries.

In SA, the streaming giant is up against smaller services like ShowMax, OntapTV, VU, and Vidi.

One would assume that an established player like Netflix would blow the local offerings out of the water, but thanks to regional content licensing, things aren’t that simple.

There are many areas where Netflix still has its South African competition licked, though, and only comparing the number of titles available on each platform won’t tell you which is better.

Factors to consider when deciding on a video on demand (VOD) service include:

It is difficult to compare pricing across different services as each offers different plans.

Many VOD providers also offer movie rentals in addition to their subscription service.

These transactional VOD services are available from OntapTV, Vidi, and VU – whether you subscribe to them or not. For the purposes of our comparison we’ve disregarded their rental offerings.

Vidi has a similar structure, but also offers subscriptions for R5 a day, and you don’t need a credit card to subscribe. You can pay using Vodacom airtime, or EasyPay.

OntapTV’s Mega Pack is R89, but cheaper packages are available. For R69 per month, you can subscribe to either the Family, Movies, or TV Series package.

Netflix has 3 price tiers, none of which are available in rand. This means fees will fluctuate with the exchange rate.

This means that Netflix is the most expensive subscription VOD service currently available in South Africa.

Netflix in SA is also priced the same as in the United States, but offers a much smaller content library. This may discourage existing subscribers using unblocking services from switching.

Comparing the number of movies and TV shows of the VOD services only tells part of the story, and it is virtually impossible to individually compare the hundreds of titles available on each platform.

The table below compares some of the shows common to both Netflix and ShowMax, showing which seasons are available and how current they are.

Netflix also has a number of original shows and movies you won’t find on other services, such as: Hemlock Grove, Daredevil, Jessica Jones, Sense8, Making a Murderer, Narcos, Beasts of No Nation, and Master of None.

It also has Black Sails (season 1), which was previously only available on VU (season 2).

Notable absences from Netflix’s original content line-up in SA include House of Cards and Orange is the New Black. This is because Sony sold the broadcast rights to MultiChoice.

ShowMax has the rights to a number of shows, including Game of Thrones, Boardwalk Empire, True Detective, Girls, True Blood, and Entourage.

It also has a number of older HBO shows you may not see elsewhere, such as The Newsroom, The Wire, Band of Brothers, the Pacific, and Deadwood.

OntapTV, Vidi, VU, and ShowMax also all offer catalogues of BBC content, including shows like Sherlock and Luther, which are not available on Netflix.

OntapTV has also secured rights for 3 of the newer seasons of Doctor Who.

There is no clear winner in terms of content, and you may have to subscribe to more than one service to get all the movies and series you want.

When it comes to video quality, Netflix has the competition beat.

It lets you choose lower-quality video for a cheaper price, or you can go all the way up to UHD resolution.

Netflix also offers sound quality of up to 5.1 surround sound, while other local services only have a stereo mix available.

Netflix once again beats its competitors in the category of platform support.

You can find Netflix apps on almost any connected devices, including the PS4, Xbox One, and multiple media boxes.

Netflix has become a must-have feature for manufacturers’ devices. Local operators have a long way to go to reach Netflix’s ubiquity.

Netflix’s apps tend to be more user-friendly, better organised, and better looking than those from ShowMax, VU, OntapTV, and Vidi.

One feature Netflix doesn’t have, though, is the ability to download episodes or movies for later viewing.

Downloading for later watching is something OntapTV launched with, and whichShowMax has begun introducing to its Android app.

The table below summarises how Netflix compares to the rest of the VOD field in South Africa.