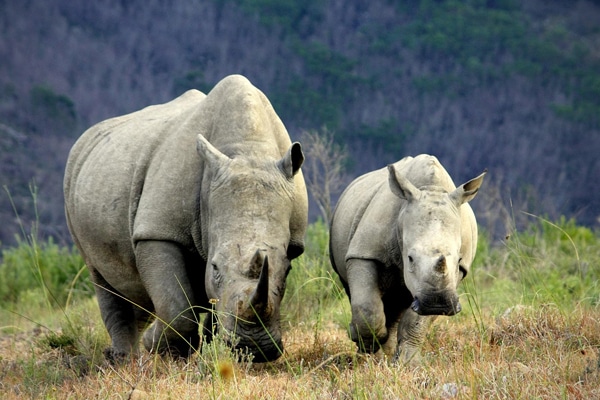 Innovative new technology creates a safe-haven for the rhino

Dimension Data and Cisco joined forces to protect the rhino by harnessing some of the world’s most sophisticated technology.

This proactive approach intercepts poachers before they harm the animal by focusing on tracking people and leaving the rhino to roam freely.

Darting the rhinos with tranquillizers to insert sensors into their horns or insert a chip under their skin can be stressful and risky for the animal.

But this Connected Conservation technology is completely non-invasive, and instead, aims to proactively track people instead of rhinos, and stop people entering the reserve illegally.

The game reserve is situated in a very remote location, and communication among park rangers and control office was limited due to the lack of basic technology infrastructure.

Using Dimension Data’s solutions, game rangers can use data analytics to monitor the entry and exit of people visiting the game reserve and turn the data into actionable information.

“With this project, we’re starting a groundswell of real change in conservation, demonstrating the capacity to protect not only the rhino but also other endangered animals, in more geographies,” said Bruce Watson, Group Executive, Cisco Alliance: Dimension Data.

Over time, the technology will be replicated in other reserves in South Africa, Africa, and globally.

This intends to not only protect rhinos, but conserve other endangered species including elephants, lions, pangolin, tigers in India and Asia, and even sea rays in the ocean.

For more information about the technology used to protect the rhinos, visit the Dimension Data website.