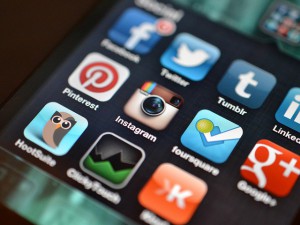 The importance of social media in market research

Digital Platforms is one of the leading web and app development companies in South Africa. We specialise in custom and template web development, android and ios app development, social media marketing and custom software solutions.

In today’s digital world market research forms an important part of any marketing strategy. The rise of social media has meant that campaigns which take into consideration and understand consumer habits are more likely to be effective.

This is why Cape Town based media agency, Limelight Consulting, has highlighted the importance of the latest social media behaviours in its recently released “Media Usage Report”.

The agency surveyed 1 200 consumers for each of their client’s briefs creating a sample of well over 33 000 annually. The data is continually analysed and interrogated, allowing for nimble campaign manoeuvring while keeping abreast of the latest trends and metrics.

“Our sample is bigger than the new Establishment Survey, currently at 12 500 (6 months of data) and 25 000 when the full year’s data is released in September,” states Ross Sergeant, MD, Limelight Consulting. “Our Usage report offers us a very deep understanding of consumer psychographics, which industry data isn’t giving us, allowing us to form custom segmentations for clients and draw real insights on new media and traditional media – all in one.”

The report revealed that in South Africa 72% of digitally-connected adults use Facebook daily, while more people have used Facebook in the last week than watched television. Young adults, 18 to 24 years, are 8% LESS likely to use Facebook but more likely to engage on all other social media platforms. 85% of women surveyed, make use of this platform on a daily basis as opposed to 62% men.

72% of women have NEVER used Snapchat while only 37% of men claim the same. LinkedIn appears to be a popular professional networking site with one in four men making use of it. Young Adults, aged 18 – 24 are 13% more likely to make use of Snapchat on a daily basis, with Instagram the second most used daily platform.

Adults aged 25-24 however, are 31% more likely to make use of Facebook and 56% less likely to use Snapchat. “Parents, if you want to know what your kids are doing, learn to use Snapchat, the high percentage of daily and weekly users suggest that it’s here to stay and increasing in popularity,” comments Sergeant.

“Understanding media consumption is key to effectively and efficiently communicating with your consumers and social media is now challenging traditional media.” Past 7 Day usage indicates that more people used Facebook (55%) than watched TV (52%). More people said they had read an article online (33%) in the last 7 days, than a magazine (30%).

A comparison of new and traditional forms of media provides grounds for a compelling case in favour of new media advertising within the South African media landscape. The reach of new media forms is expected to continue to increase.

“Sir Francis Bacon said it best, way back in 1597, ‘Knowledge is power’, and it’s with this knowledge of the consumer and media landscape that we are able to guide advertisers through the increasingly murky and fragmented world of advertising,” concludes Sergeant.