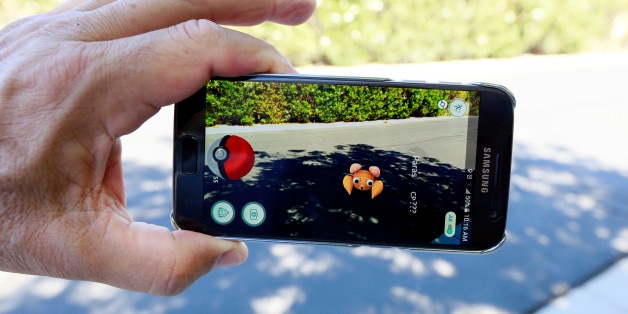 Pokémon Go is a bona fide phenomenon. If someone would have told me six months ago that Pokémon Go would become a breakout sensation that fundamentally changes how we use technology to interact with our environments, I would have laughed. Today, I’m starting to believe it.

Despite a handful of critics bashing the game for its less-than-airtight security and constantly crashing servers, the augmented reality app has been downloaded—and enjoyed—by millions of people who are now bonding over a 20-year franchise they’re either nostalgic for or are discovering for the first time. There’s a certain kind of magic to this, and you can bet it’s one that app developers will be looking to replicate.

So what is it about Pokémon Go that makes it such a wildly successful app, and what does it mean for the future of app development?

By far the biggest and most important signature of the Pokémon Go app is its seamless augmented reality features. Players can encounter Pokémon “in the wild,” seeing the animated characters on their phone screens as they examine their surroundings, and in addition to that, real physical locations—like monuments, landmarks, and even businesses, often show up as “Poke-stops,” where users can collect items, or “Gyms,” where they can competitively battle.

This layer of augmented reality relies on the latest GPS technology, the mobile practicality of our modern devices, and processing power capable of layering new elements over our existing world. The fact that this game takes place in the “real world,” or that the real world is altered and interactive with the digital one, is one of the biggest reasons for this app’s popularity. As a result, you can expect more apps to roll out augmented reality features—even if they’re just local check-ins—to capitalize on this obviously powerful feature.

In the future, app developers may take this a step even further. Right now, we’re dealing with augmented reality—a way of adding some extra layers to the physical world. The next stop may be virtual reality (VR), where entirely new worlds can be created before our eyes.

Gamification is the process of turning something ordinary into a kind of game. It’s a way to get people more involved, more engaged, and more entertained by specific tasks. In Pokémon Go’s case, walking has become a game—as you can find more Pokémon and hatch eggs this way. Visiting cultural landmarks and traveling new places has become a game—as you can earn rewards and see new Pokémon this way. These “gamified” elements are what have made the app capable of integrating physical and digital realities so seamlessly, and you can bet app developers will be gunning for this angle in the near future.

Most mobile apps, including games, have finite potential. There’s only so much content to explore, so many things to see, and so many levels to play through. But Pokémon Go is different—there’s a world of potential out there, quite literally, and that’s keeping users interested even as they level up their characters and fill up their Pokedexes. The future of app development will be customizable, ever-expanding, individualistic, and with practically unlimited potential, all to keep users interested.

Pokémon Go got popular in part because it nailed the learning curve. If your app is too simple, users will get bored with it after a few uses. If your app is too complex, it will scare away the newbies and your user base will never grow. Instead of one or the other, the ideal learning curve is one that is simple for easy entry, but also rewards users for increasing investment and discovering more complex mechanics. Pokémon Go hits this perfectly, enabling new users to pick up the app with relative ease, but also rewarding the committed players who take the time to learn the strategic complexities and Easter eggs of the game. Expect to see more apps attempting to mimic this provision.

Microtransactions aren’t a new concept for mobile games, but Pokémon Go takes a passive approach to these items. In the game, you can use coins (which you can buy with real money) to purchase helpful items like lures, incense, and lucky eggs—but none of these things is necessary to enjoy the game, nor are these buying opportunities shoved down users’ throats. Instead, Pokémon Go made their first priority giving people a game they love to play. Because of that, players seem more than willing to drop a few dollars on extra items.

Finally, there’s a social element to this app, even though there’s no chat feature or option to “friend” other players. You can commit to a team, which builds loyalty and encourages instant bonding between like team members, you can exchange tips, and you can go Pokémon hunting together with shared “lures” to maximize your mutual experience. These social elements, while small, make a big difference to people, and they’re what keep people talking about and sharing the game with others. You can expect more apps in the future to have subtle social encouragements like these—instead of or in addition to traditional social modes, like chat features.

Whether you’re currently playing or not, it’s pretty obvious that Pokémon Go has shaped our cultural landscape in a significant way—even after only a few days of existence. Its new forms of digital and physical integrations, addictive nature, and social elements are something you can expect to see featured in the popular apps of our near future; and if you’re in the marketing or app development industries, you might consider integrating these features in your own apps.