Circles in website design are a relatively new development in web design. From the boxy days of web design’s youth, our contemporary works have evolved beyond what many would have imagined in those early days of the www. This current embrace of the circular ways is most likely due to the fact that, until recently, it wasn’t easy to create circular elements without the use of images.

With the ease that one can now use CSS to create circles in website design, they are becoming much more commonplace in web design. They are cropping up all over the landscape. Many feel that circles  in website design are more difficult to use in web design, and there are arguments to be made there. However, if we stick to a good grid and maintain plenty of whitespace throughout, a circle based design can put a fresh and exciting face on a site.

Now more than likely, using circles  in website design for all of the following on-site elements, would result in a very confused and awkward site, given that circles tend to draw the user’s eye and make an element stand out. So we want to select the right element and place to include this circular patterning. Below we have dissected a few key areas that this tends to work well for a website.

Using a circular logo on your site not only gives it a clean and minimalist feel, but it also imparts the impression of sophistication and class. The circle is one of the oldest symbols known to human kind, often representing life itself. This fact is probably part of the reason that so many designers use it to represent their brand and sites. Using a circle has become quite a popular choice for logos these days. 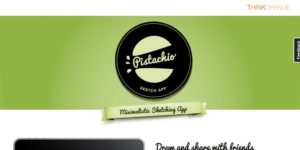 Using circles  in website design for navigation is becoming an increasingly popular and logical choice in today’s growing and evolving markets favoring mobility. With the rise of touch screen devices, now moving beyond just smart phones and tablets, the push for patterning navigation in this way is taking way off. And with good reason. Using a circle for a button intuitively connects with the user, even mimicking the shape of a fingertip; begging the user to press it.

Circular icons are definitely the most popular and long running circular element used in web design. This is most likely due to the fact that they’re usually image based so CSS capabilities didn’t have to play a role in their use. They were able to hit the ground running. Some might think that given the length of time that circular icons have been decorating the Web, it might be time to change gears a bit and move in a different direction. But there is a reason that this design aesthetic has lasted this long in regards to icons. It just works.

This technique we tend to see a lot in portfolios around the web as round images offer an aestheticly pleasing way of presenting a preview of the work to users. Again, this patterning tends to really draw the eye, so putting your previews in a cleverly cropped circle not only visually directs the user their way, but it speaks to them. And as for usability, circular images given plenty of room to breath between them which can give a site a creative and harmonious look. 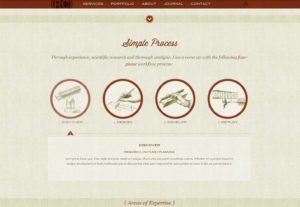 Much like with navigation and the prevalence of touch-screen devices and expected capabilities, calls to action are served well by taking on this rounded pattern. Though, if you are presenting both the navigation and any CTAs you may have on the site in similar fashion, then you should try to make them stand out in very different ways. Navigation is necessary, yes, but CTAs are priority elements that we need to be sure get treated as such. And distinguished as such. Creating a visual hierarchy is nothing new to web designers, and this is simply an extension of that. 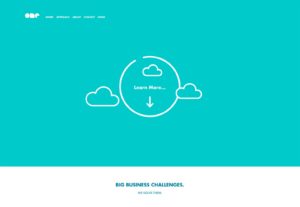