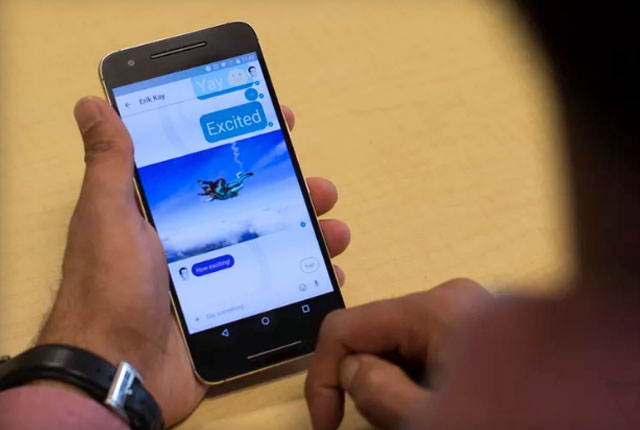 Google has unveiled a new messaging app which is set to compete against the likes of WhatsApp and Facebook Messenger.

The app is called Allo, and will be available in the coming months for free on Android and iOS.

What sets Allo apart is that it will feature a built-in Google assistant. This will let users get information from Google by sending messages to it using the handle @google.

It will answer questions, engage the user in conversation, and suggest further searches. Users can also play games with the Google assistant, such as “guess the movie”.

Allo takes its intelligence a step further when you receive a message from a contact, and will suggest replies – called “suggestion chips”.

These suggestions are based on images or text received from a contact in a message.

The app is mobile-only and works off your mobile phone number. Users are also able to connect their Google account to the app, although this is not compulsory.

Google said another standout feature is “WhisperShout”, which lets users change the size of the text in their message before they send it by dragging their finger up or down.

Send and receive indicators, emoji, custom stickers, and image sending are all standard features with Allo.

Allo will also offer conversation encryption and an Incognito Mode, like in the Chrome browser. Incognito Mode will encrypt conversations end-to-end and disallow Google from accessing the messages in any form. 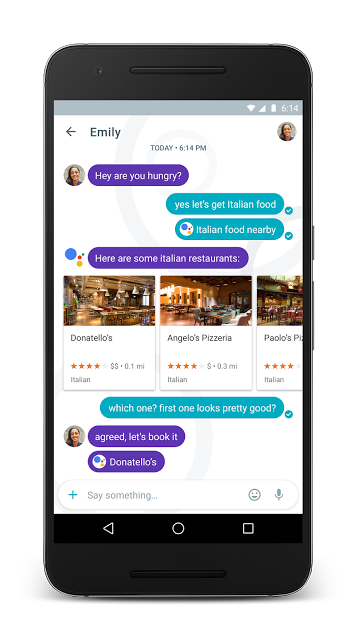 Does the extra-private messaging in Google’s Allo seem familiar? Your eyes don’t deceive you — you really have seen it before. Open Whisper Systems has confirmed that Allo uses its Signal protocol for end-to-end encryption when you’re in Incognito Mode. Yes, that means that Google and Facebook-owned WhatsApp are sharing the same underlying security technology. Not that there’s much reason to complain. The protocol is strong enough that privacy advocates like Edward Snowden approve, and its open source nature can make it relatively ubiquitous.