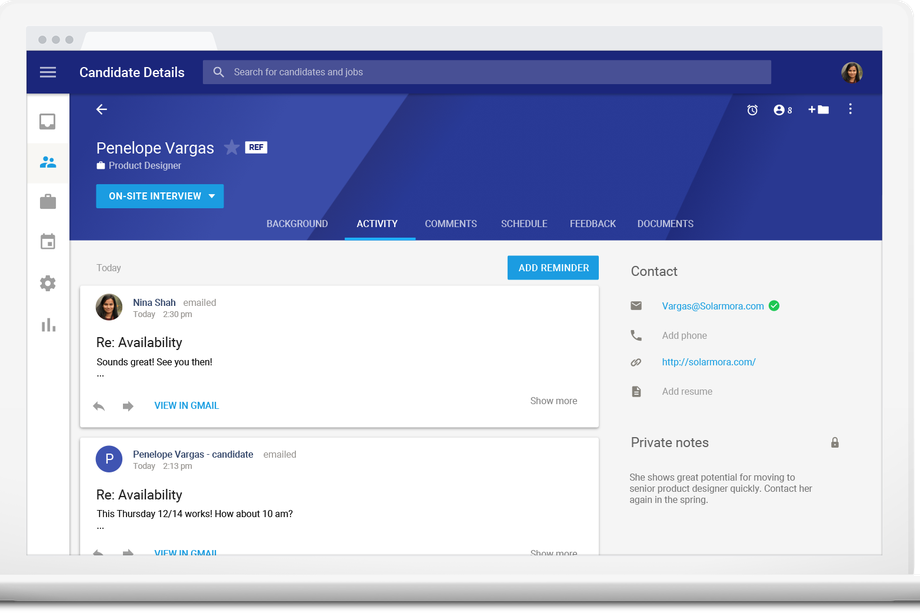 It’s a pretty simple overlay that adds an organizational functionality over Gmail. Rather than to create a separate document detailing notes from various stages of interviews, the tool lets you keep comments in one place and syncs with Gmail communications with the applicants. Google says it had been testing the service with customers for more than a year before releasing it in public today. The company also says only information that a candidate voluntarily shared are passed to prospective employers, though it doesn’t say whether it will use this data to recommend the candidates similar jobs.

Hire is designed for US-based businesses with less than 1,000 employees, i.e. ones that aren’t large enough to outsource recruiters. With the new Google for Jobs tool it released in May, it now reaches both the employer and employee sides of the talent recruitment industry.