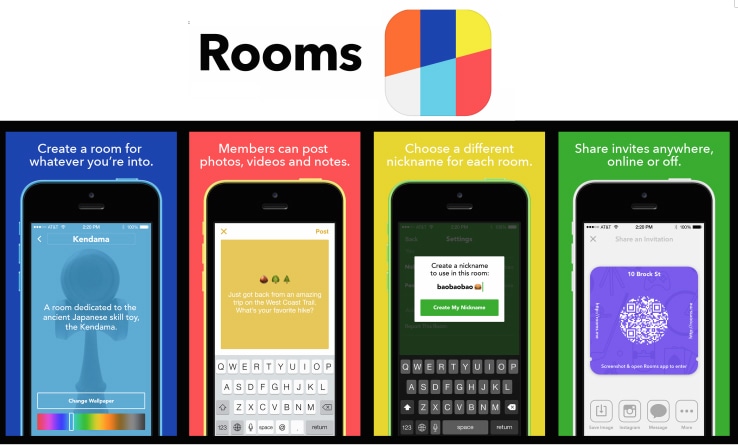 Facebook Rooms: what it could mean for your company

Facebook, Inc. have just launched their new app, “Rooms” across iOS devices in the US, with an eventual rollout to more devices and areas, what could this mean for your company?

The basis behind the Rooms harkens back to the old chatrooms of the IRC days, where users could interact, communicate and share on a particular topic. And what Rooms does, is take that a step further in an Instagram style layout allowing large images and video, captions, posts and link sharing.

That, coupled with privacy settings that allow users complete anonymity and group moderation options gives Rooms a potential to be a useful tool for conversation and sharing online.

At this stage, the app is only receiving a small rollout in the US App Store, and having spoken with Facebook’s Josh Miller, the man behind the app’s development, the plan is for a larger scale rollout worldwide within the next few weeks. Plans are also underway to iron out small details and work on releasing a few more core facilities (like search possibilities as an example).

But what could this mean for your brand?

There are a lot of opportunities that Facebook Rooms could bring for a company or brand – but let me preface everything by saying that by no means am I advocating you creating a Room about your brand and flooding the market with your invite. This is the internet – you will be eaten alive.

What rooms does allow for a brand, is an opportunity to connect and communicate in an existing community about your brand – as a person. Seek out conversations around the space in which you play, and monitor the conversations. It will give you key insights into your consumer, and every so often you have the ability to comment, or help someone. There cannot, and should not, be an advertising motive in any interaction you have.

And while there is the option to create specific, anonymous usernames across various rooms, don’t be tempted to create a fake persona that advocates your product – be who you are – be your brand.

Just be it, the right way. And if you’re not sure what that “right way” is – ask.

What could this mean for your company?

I think one of the lost arts within companies in 2014, surrounded by the miasma of social media is the ability to not feel fear. Companies fear what their employees will say about them online, and pose harsh restrictions on communication.

Although I’m of the opinion that if you’re worried your employees will complain about you – it’s probably you doing something wrong, but that’s another story.

Fostering meaningful, constructive communication and criticism is a vital aspect of corporate communication and something that has fallen by the way side in so many companies over the years. I’ve often likened this to the “Suggestion Box” concept, which is generally followed by rolled eyes and groans.

This is the space within which Facebook Rooms could occupy for your company – a place to allow your employees to anonymously communicate within your organisation. Whether this becomes a hub of bile and vitriol or a place to share and inspire should be left entirely up to your employees, and this is an ideal litmus test for your corporate culture.

Adoption rates for these kinds of things are, regrettably low, I’ll admit. However, companies have found success in similar ventures when their employees are empowered and feel safe that their communications are in fact private and that recourse is not an option.

And it is up to you, the organisation, to honour that agreement. To monitor the conversation. And above all else – to listen.

Then do something about it

This is the sensibility that applies internally and externally. Listen to the employees, and listen to your consumers. Then act on what they want. Not what you want.

By shifting your own paradigm, you will find a tremendous opportunity ahead of you. Whether you adopt Facebook Rooms or not.