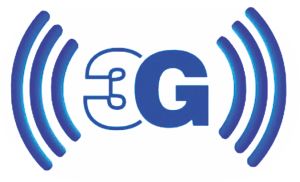 Astounding Growth in 3G in SA

Nearly three in four mobile phone users in South Africa will access the Internet using their devices by the end of 2018, according to new research by PricewaterhouseCoopers (PwC).

The forecasts are contained in PwC’s “Entertainment and Media Outlook: 2014-2018”, which was published this month.

A growing number of South Africans will be connected through mobile Internet connections, mainly as a result of the growing affordability of smartphones and data plans, the report says.

Internet access will generate more consumer spend than any other media product or service in the next five years, the report says.

“The Internet access market in South Africa is expected to more than double in size during the forecast period. The market is forecast to expand from R24,2bn in 2013 to R67,2bn in 2018.”

However, fixed-line broadband is also expected to grow, with the number of such connections rising to 1,7m by 2018. The market will continue to be dominated by copper-based digital subscriber lines.

Fibre access, including fibre to the home, will play a growing role, as will 4G/LTE mobile connections. However, the market share of these technologies will remain relatively small for now, PwC says. “The deployment of LTE has been hampered by delays in issuing relevant spectrum and in the migration of broadcast television services from analogue to digital.”

PwC’s report says Internet advertising will continue to show strong growth. This market is expected to generate revenues of R4,4bn in 2018, up from R1,6bn in 2013 — a compound annual growth rate of 22,7%. Search will continue to account for the bulk of online advertising revenue, although its share of the total is forecast to fall from 43% to 40% by 2018.

Mobile Internet advertising will account for 28% of revenues by the end of the forecast period, PwC says, up from 18% of 2013. It will grow at a compound annual rate of 34,6% to reach R1,2bn.
Source: TechCentral