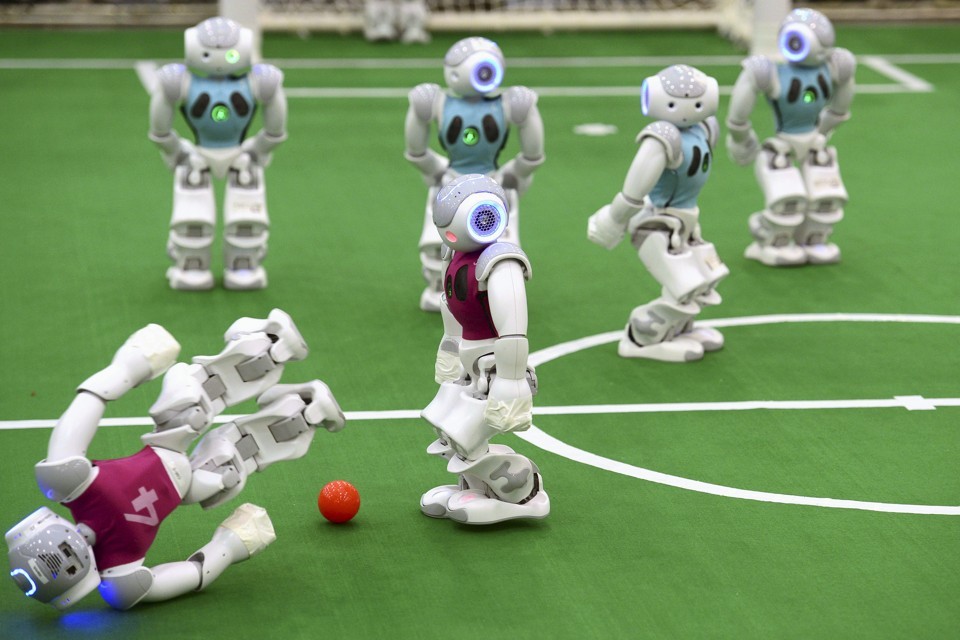 In science fiction, the promise or threat of artificial intelligence is tied to humans’ relationship to conscious machines. Whether it’s Terminators or Cylons or servants like the “Star Trek” computer or the Star Wars droids, machines warrant the name AI when they become sentient—or at least self-aware enough to act with expertise, not to mention volition and surprise.

What to make, then, of the explosion of supposed-AI in media, industry, and technology? In some cases, the AI designation might be warranted, even if with some aspiration. Autonomous vehicles, for example, don’t quite measure up to R2D2 (or Hal), but they do deploy a combination of sensors, data, and computation to perform the complex work of driving. But in most cases, the systems making claims to artificial intelligence aren’t sentient, self-aware, volitional, or even surprising. They’re just software.

Deflationary examples of AI are everywhere. Google funds a system to identify toxic comments online, a machine learning algorithm called Perspective. But it turns out that simple typos can fool it. Artificial intelligence is cited as a barrier to strengthen an American border wall, but the “barrier” turns out to be little more than sensor networks and automated kiosks with potentially-dubious built-in profiling. Similarly, a “Tennis Club AI” turns out to be just a better line sensor using off-the-shelf computer vision. Facebook announces an AI to detect suicidal thoughts posted to its platform, but closer inspection reveals that the “AI detection” in question is little more than a pattern-matching filter that flags posts for human community managers.

AI’s miracles are celebrated outside the tech sector, too. Coca-Cola reportedly wants to use “AI bots” to “crank out ads” instead of humans. What that means remains mysterious. Similar efforts to generate AI music or to compose AI news stories seem promising on first blush—but then, AI editors trawling Wikipedia to correct typos and links end up stuck in infinite loops with one another. And according to human-bot interaction consultancy Botanalytics (no, really), 40 percent of interlocutors give up on conversational bots after one interaction. Maybe that’s because bots are mostly glorified phone trees, or else clever, automated Mad Libs.