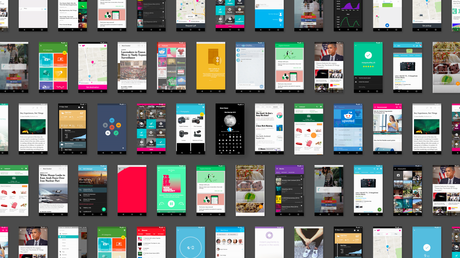 Android Instant Apps lets you experience beautiful and immersive apps, with material design and smooth animations, without installing them on your device.

At its I/O developer conference today, Google showed off a new feature for Android called Instant Apps. With deep links, Android users will be able to use apps from a link without having to download anything from the Play Store. The company showed off a video experience from BuzzFeed and a shopping experience from B&H. And Google suggested it would be a good way for single purpose apps, like paying for parking at a museum, where you don’t want to deal with the mobile web, but also don’t want to download a full app that sticks around after you leave. After clicking a link, Google Play will download a few small parts needed for a brief experience. After completing that action, users can take the plunge and download the whole app.

For now, this experience seems limited to what are basically web apps. It blurs the distinction between full apps you download and web apps you can launch from anywhere. Other companies, including Microsoft, have attempted to stream apps in the past with mixed results. It’s not clear if Google’s Instant Apps will support complex apps or instant game play — Instant Apps will be limited to 4mb for now — but the demonstrations showed web apps launching instantly. Google showed off Instant Apps on a phone running Android KitKat, and says it will be compatible with Android phones all the way back to Jellybean. Instant Apps will be rolling out to users later this year.