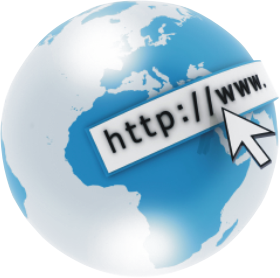 South Africa is set to pass a million registered Internet domain names ending in .za, South Africa’s delegation in cyberspace, by the first quarter of 2015.

There are currently 969 190 registered domain names ending in .za, according to ZA Central Registry CEO Lucky Masilela, who revealed the numbers at the iWeek Internet conference in Johannesburg.

The number of registered .za domains is particularly impressive if one considers that there are currently just over 60 000 registered .ng (Nigeria) domains, said Masilela.

“Nigeria has three times the population of South Africa but less than one tenth of the number of domain names.”

The ZA Central Registry administers co.za, org.za, web.za and net.za. It is also coordinating the launch of the city domains of .joburg, .capetown and .durban, which are set to become generally available in November when domains ending in those ‘geoTLDs’ can be registered on a first come, first served basis. The registry is also set to administer the planned .africa domain.

The large number of registrars — there are more than 400 in South Africa and abroad who register domains on behalf of individuals, companies and organisations — has helped grow the number of .za registered domain names, said Masilela.

He said 15,8% of registrars registering .za domains were located outside of South Africa (about 62 registrars are foreign) which suggested a healthy international interest in .za.

He said that 34 registrars were in Europe and 16 in North America. When it came to the geographic spread within South Africa, there were 166 registrars in Gauteng, 106 in the Western Cape and 39 in KwaZulu-Natal.

“We’d like to see many more .za registrars located in some of the smaller towns and cities across South Africa. We will be actively embarking on a number of roadshows aimed at meeting registrars in smaller metropolitan areas over the coming months.”