How to make your mobile app go global 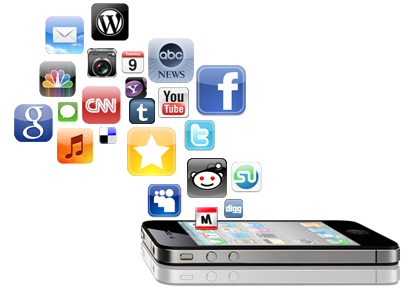 How to make your mobile app go global

Putting mobile apps within reach of a global audience is one of the easiest steps companies can take to tap into the market of more than one billion potential online smartphone customers.

According to Statista.com, as of July 2014, Android users could choose from 1.3 million apps available for download, iPhone users 1.2 million, Windows Phone users 240,000 and Blackberry users 130,000.

In most countries, English apps are still the most popular with native language apps ranking a close second. While English apps intensely compete for downloads, most Asian countries prefer apps in their native language, Distimo.com has found. There’s a big opportunity for companies to make their English-only apps available to people of other regions where they might thrive.

Of course, translating and localising an app (or translating related content to widen your reach) won’t make sense for every product on the market – you need to carefully consider the business case.

There are also a number of linguistics issues that could trip up companies.

Here are five tips to navigate the biggest app translation and localisation challenges:

Most apps follow the freemium model with free basic services to hook people before offering them extra functionality at a price. As apps generally don’t have much content, the wording has to be perfect. The right content is also vital for search engine optimisation of keywords so foreign customers can find your app when they’re searching on the Internet via Google, Baidu, Yahoo, Yandex, Bing, 360 Search, Naver, Seznam or any other international search engine giant.

Software developer kits from Google and Android for app translation might seem like a great solution for startup companies to localise a standalone app. But, these solutions put the text into separate string files for translation that loses the context, which can negatively impact translation quality – for example, should the word ‘home’ be taken to mean website landing page or dwelling? The wrong interpretation can have a huge impact. Free machine translation services like Google Translate or Bing Translator, will never manage the context either. Quality translations still need contextual information and human translators.

Another way some tech companies like Mozilla Firefox and Adobe have gathered content is via crowdsourcing within communities of tech enthusiasts they’ve established. Power users are often very interested to get involved in the beta testing phase of new products. They know the technical terms in their own language and can invent appropriate words for newly invented concepts. But in most cases these communities should still work in tandem with Language Service Providers who can provide the quality, scale assurance and project management.

2. Don’t look at the app in isolation

Make sure your app ties in with your overall marketing tone and subject matter so it all comes together. The same kind of words, terminology and screenshots that are used in the description in the app store should also appear in the actual translation of the app. Getting consistency going without a style guide, glossary or terminology database can be quite tough. It’s much easier if the same language partner translates all the materials.

3. Decide how much to localise

Another decision is whether to localise the app itself, or only the app store content. When an app is very simple or relies heavily on icons, symbols or user actions rather than text, like a currency converter, it might be possible to only translate the app store description and not the app itself.

For example, Techsmith is a software company that develops screencasting tools including screen capture, recording and editing software for Mac and PC. Some of TechSmith’s Apps are in English only. However the app store description and SEO keywords are localised, which helps users to find the app, and then operate the English language version.

Think about your business: Who is your target market, what are people going to use your app for, and on which device will they use it? Start with the English version and test it to see how many downloads you’re getting to decide if it’s worth localising. Think about whether you need to localise the app, or whether just localising the app store content will work? Localising the app store content is vital to widen your reach – unless you have a global brand, users need to be able to find and learn about your App before they’ll consider downloading it. Use analytics on your website to see where people are coming from geographically to pick the countries for localisation. Also think about all the support material needed for the app that will need adaptation.

If you do localise your app ensure that everything people see in the app Store, and everything they link to is localised too – screenshots of your app, any video content or sample information, support material on your website, marketing collateral, and so on. The last thing you want to do is to lose people once you’ve already gotten them onto your app store page!

4. Pace yourself with the testing

There are a great many variables to consider with localisation – like which devices and software platforms to test for, sizing constraints, and the overall design of your app. This variety of variables can overwhelm companies and as a result the Quality Assurance and test phase is often sidelined or overlooked. Even if your localised app doesn’t contain much text it is crucial to have it tested by native speakers.

Given the time and cost required to test for so many variables it isn’t possible to cover all the bases. Rather decide on your key markets, test on those specifics and move forward from there.

5. Don’t just throw a new app into the app store

Internationalisation is the really hard part of taking an app global, but is vital for successfully reaching a global audience. Look at internationalisation in the app design phase and think about the content and how it all pulls together and the look and feel.

For example, adapt the time and date information, create enough white space so elements don’t overlap when translations cause text expansion between languages, and make sure you have the measurements and values right. Your app may look great in English, but it needs to look just as good in all languages. If you’re using maps, icons or rely on colour or imagery, how will these be localised?

If you’re going to translate and localise your app, make sure you find a good Language Service Partner. The investment will pay off in the extra profits you’ll see for your new app downloads around the globe.