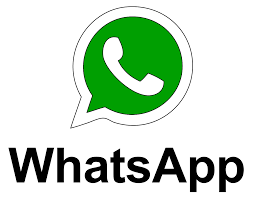 Does the latest WhatsApp feature infringe on our privacy?

We probably can’t remember what life was like before WhatsApp came into the picture and made instant messaging a walk in the park. But the “last seen” feature, where one’s contacts can see when last one was online, introduced whole new insecurities for users and probably added more pressure on relationships.

How many times have we been asked: “Who were you chatting to on WhatsApp at 6am?” or “Why haven’t you responded to my messages even though you were online when they were sent?” In as much as we love WhatsApp’s convenience, it just seems to be introducing features that get its users deeper and deeper into trouble. . . But thankfully users have the option of deactivating the ‘last seen’ feature, allowing us to dodge questions about why we never responded promptly.

But just when we were celebrating winning that battle, WhatsApp has now introduced the double blue tick feature — once again making users feel like prisoners of their own phones.

The new double blue tick feature indicates the message has definitely been read — giving more people the platform to be more impatient with slow responses.

The company also explained that in group chat, the double blue tick will only appear when all the participants in the group have read your message.

According to company, the new feature won’t require an app update, but will be introduced gradually “over-the-air” to all users.